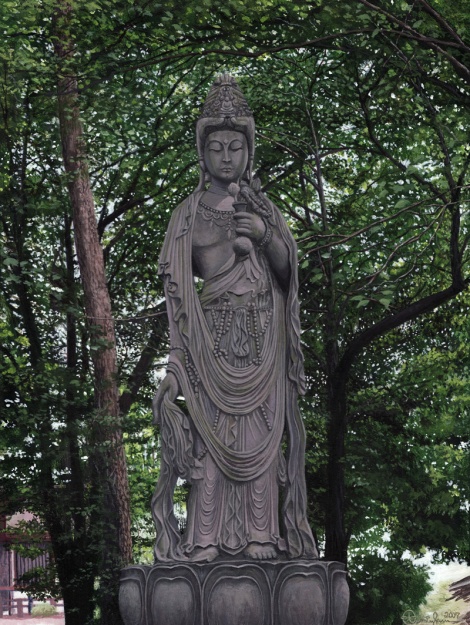 During my trip to Japan, I visited Zojoji Temple which is situated at the base of Tokyo Tower. A very intriguing place to have a modern tower constructed.

I found the statue of the female Buddha ‘Sho Kannon’ to be very interesting and it captivated my imagination. So, I decided to try and capture a lot of the detail I found in the statue including the little Buddha carved into her crown.

This site uses Akismet to reduce spam. Learn how your comment data is processed.